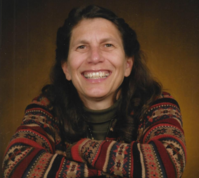 Rabbi Hillel Katzir has served Jewish communities in California, Iowa, Maine and Colorado since 1995.  During that time, he has also been engaged in efforts to bring people together across religious and other lines that often separate us.  He currently produces and hosts Faith in Progress, a weekly public affairs interview program on KRFC-FM 88.9, in Fort Collins, CO, on Tuesday evenings at 6:00 p.m.; he is a member of the Northern Colorado caucus of Together Colorado (a statewide interfaith-clergy community-organizing group), and teaches at Congregation Har Shalom and at Rigden Farms Senior Living Center in Fort Collins, and at the Osher Lifelong Learning Institute at Colorado State University.  Before becoming a rabbi, Rabbi Hillel lived on kibbutzim in Israel for nine years, and practiced law in California and New Mexico for fifteen years. Reach him at vehyeh.bracha@gmail.com or (970) 692-6498!

Nina Rubin, LCSW., has been teaching Judaism nationally for forty years, including twenty years in the Florence Melton School for Adult Jewish Education.  She was a founder and a past president of Congregation Har Shalom in Fort Collins, CO.  She also founded the Chevra Kadisha of Northern Colorado, one of the largest in the world. She has taught for 12 years at Kavod v’Nichum conference, the International organization for Jewish Burial Societies, and for its Gamliel Institute. She has worked as a medical social worker and chaplain for 22 years.  From 1994-2000 Nina lead the Fort Collins Interfaith Council with 60 churches and nonprofits who worked together to better the community.  Nina learned to ski in Crested Butte in the 1964, and lived here for three years in the 1970’s.  She is thrilled to be returning to Crested Butte with her partner, Rabbi Hillel Katzir, to serve Congregation B’nai Butte. Reach her at nina@rubin.net or (970) 412-2520!